Women in Leadership Roles: Are They Perceived Differently?

By joelgarfinkleMarch 23, 2015January 25th, 2021Women Leadership in Business
No Comments 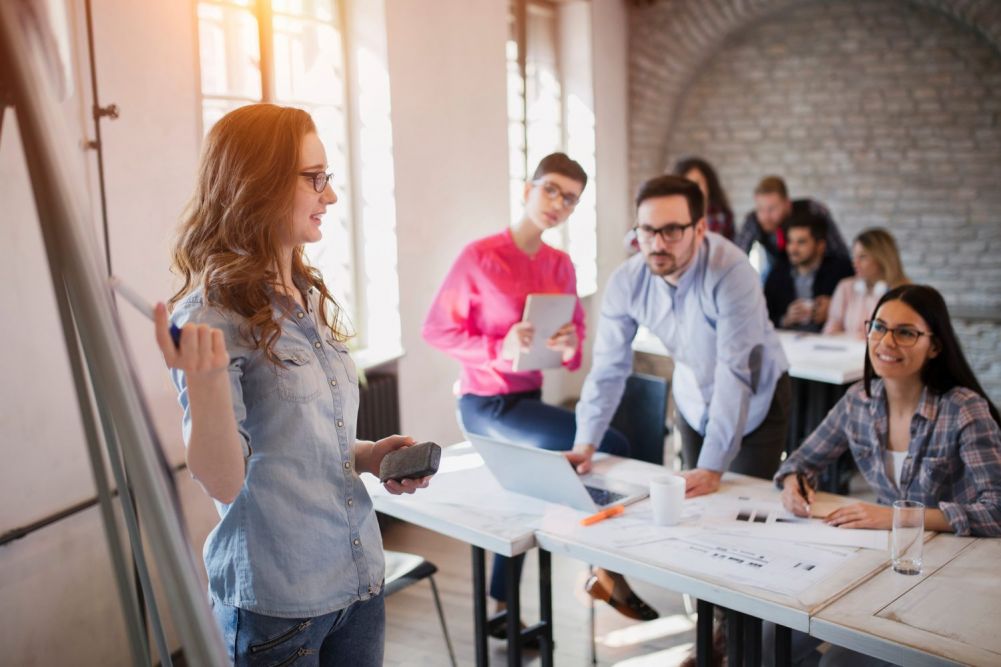 Client Ellen Asks: I’m a woman in a leadership role, and I have a question about perceptions. It seems that women are judged differently than men for the exact same actions. Where a man might be seen as authoritative, a woman acting the same way might be seen as bossy. How do ensure that I am projecting the image I desire as a female business leader?

Coach Joel Answers: Coach Joel Answers: I’ve often written about the importance of proactively shaping the perceptions others have of you. This is a key strategy to standing out, getting credit for your work and, ultimately, getting ahead. In fact, it’s the first stage of the PVI model, which will help you to achieve the career of your dreams by cultivating perception, visibility, and influence.

But what if you’re a woman?

Do any of these comments sound familiar?

I’ve heard these same concerns from a number of clients. These are smart, articulate, highly motivated women in leadership roles at blue chip companies. They feel their gender hinders their ability to shape their image. One woman summed up her frustration by telling me, “I feel like the deck is stacked against me. The rules for men are different. If a man speaks up or challenges someone, he viewed in positive terms as being aggressive or competitive. Yet if a woman does the same thing, she’s called a b—-.'”

Naturally, this isn’t the case with all women and work situations. But if you share some of these concerns or frustrations, here’s what I advise my clients:

Don’t feel guilty about being assertive.

There’s nothing disrespectful or “unfeminine” about being assertive and forcefully expressing your point of view. The best decisions are made when everyone contributes their ideas. You shortchange your company, your customers and yourself by remaining silent or intimidated by “what others will think.” Someone once said, “Men are taught to apologize for their weaknesses, women for their strengths.” It’s time to stop apologizing.

What have you got to lose?

Is it a gender issue or a confidence issue?

When consulting with female clients in depth about this, we’ve often discovered that the real problem isn’t with “them,” it’s with “you.” They were using gender as an excuse. They tended not to speak up at all meetings, not just those with men. They realized they needed to develop a strategy to build their self-confidence. This might involve reading self-help books or attending an assertiveness training class.

Seek advice and inspiration from successful women in your organization. Watch them in action, use them as sounding boards, learn how they use or bend the so-called “rules” to get ahead. Consider whether you’re ready for executive coaching, which can help you advance further and faster in your career than you may have thought possible.

Talk to your boss.

During your next performance review, tell him (or her) you want to work at being more assertive and more comfortable at speaking up in groups. Ask for his advice and seek out feedback following meetings: “How did I do?” “Did I come across as too aggressive or confrontational?” “What should I have done differently?”

But what if it really is a gender issue?

My advice is: you can’t change them (the men in your office), you can only change yourself. Pick your fights and avoid fueling their negative stereotypes. In other words, don’t be overly emotional, focus on facts and not personalities, etc. If you continue to be frustrated, look for work someplace else. “Don’t compromise yourself,” the legendary singer Janis Joplin once said. “You’re all you’ve got.”

Don’t let your gender be an excuse. Joel has successfully coached many women, and he can help you reach your full potential too. To learn more, you can read his book Getting Ahead: Three Steps to Take Your Career to the Next Level or learn more at leadership coaching for women.