Networking After Work – The Benefits 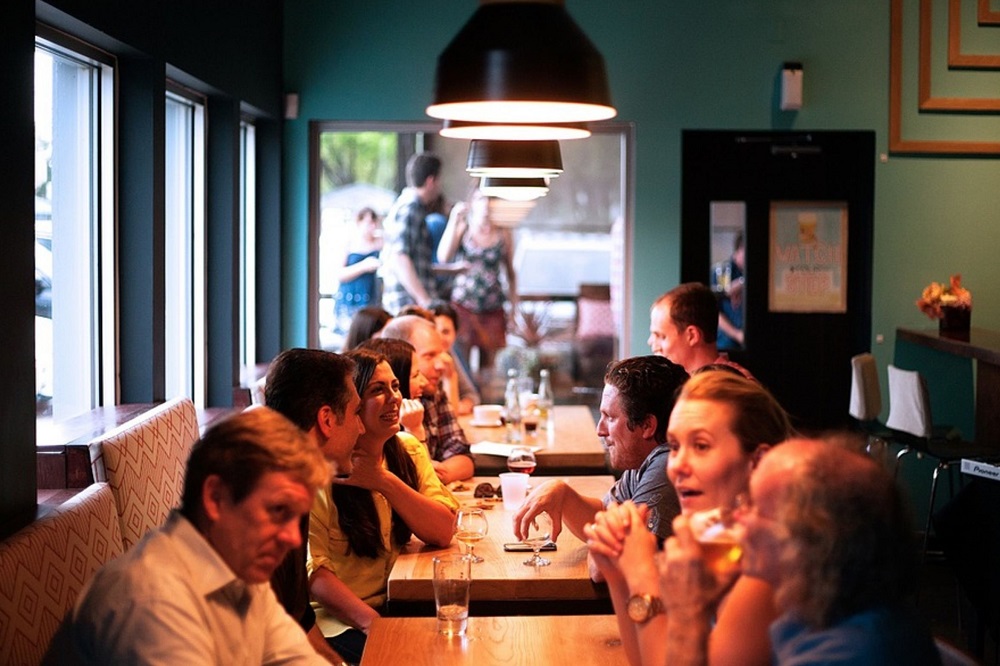 “Networking is an essential part of building wealth.”
~Armstrong Williams

Liam didn’t drink, so when his coworkers went to the bar after work, he’d say goodbye and head home. Sure, he was missing out on the chance to socialize, but it wasn’t really his scene. Then his sister shared some interesting statistics about the effectiveness of networking after work.

Over the past couple of decades, many studies have shown a relationship between social drinking, socializing, and higher wages, she told him. Moderate social drinkers earn 10% more than those who abstain, a study from the University of Calgary found. Another study in the Journal of Labor Research found that the average male employee who drinks socially earns 19% more than those who abstain, and the average female employee who drinks socially earns 23% more than abstainers. Male employees who go to bars at least once a month earn an extra 7% on top of that.

It’s not about the alcohol consumption. It’s all about building and improving relationships. Sequestering themselves away from the drinking crowd is the main reason why non-drinkers lose these opportunities, according to a study at North Carolina State University.

Moderate drinkers may be perceived as more charismatic, and they certainly get to know their drinking buddies much better than they otherwise would. Social drinking is a highly effective networking strategy—and even non-drinkers can get in on it. If you’re a non-drinker, here’s how to overcome some common alcohol-related hurdles and share all the social benefits that drinkers get. (If you’ve dealt with addiction and find being around alcohol too triggering, see the tips at the end.)

Problem: Drinking is an effective inter-office, after-work networking vehicle. As mentioned, those who drink tend to earn more than colleagues who abstain. Hanging out at the bar is a proven way to foster relationships outside of the office. But because you don’t drink, you’re missing out.

Solution: Go to the bar and enjoy some time with your colleagues. Don’t let the venue stop you from using this opportunity to form working relationship bonds with your coworkers and supervisors. Order a non-alcoholic drink. (Chances are, you won’t be the only one not drinking.) Show them you can have fun along with the rest of them, and soon they won’t even notice you’re not drinking! Here are a couple other pointers:

Problem: Drinking is part of the company culture. For many companies, drinking during work hours is frowned upon. Some even have a no-tolerance policy. However, there are a few where having a drink at lunch or in the afternoon on Friday is part of the company culture. Others are experimenting with having beers during brainstorming sessions to loosen things up. Refusing the libations can set you apart as an outsider.

Solution: Participate without the drink. Be sure to include yourself in those martini lunches. If Friday afternoon is the time when everyone relaxes in the conference room with a beer before heading home, be sure to be in there too. Show them you can relax and unwind with the rest of the team, even without the alcohol.

Problem: Entertaining clients often requires taking them out for drinks. You have a client in town, and it’s your job to make sure he’s enjoying himself. Taking him out for drinks and dinner is part of your job duties. Refusing these duties can definitely hurt your career.

Solution: Go and have fun with your client! Even if you don’t drink yourself, there’s no reason why you can’t take clients out and show them a good time. They may even appreciate the fact that you’re going to be the designated driver, so they won’t have to worry about making it back to their hotel safe and sound. Plus, you’ll be able to keep your wits about you and massage the relationship to your company’s benefit while their inhibitions are lowered thanks to alcohol. Secrets and soft spots may be revealed!

You don’t have to spend multiple nights at the bar each week to get all these benefits. Even going once in a while will increase your visibility among your coworkers and build your social cache.

If you’re a recovering alcoholic and find being in situations like bars too triggering, reach out to coworkers in other ways. They’re not likely to move from the bar to another venue, but perhaps you could start meeting colleagues for breakfast once a month or so. The main goal is to build relationships by networking after work, showing them what a fun and interesting person you are!

Social drinking might have a definite place in your company’s culture. Contact leadership coach Joel Garfinkle to learn how to build relationships and become more influential at work, and subscribe to his Fulfillment@Work newsletter for ongoing advice and support.