How to Enhance others’ Perception of you at Work

By joelgarfinkleApril 27, 2020May 31st, 2020Reputations are Built on Workplace Perception
No Comments 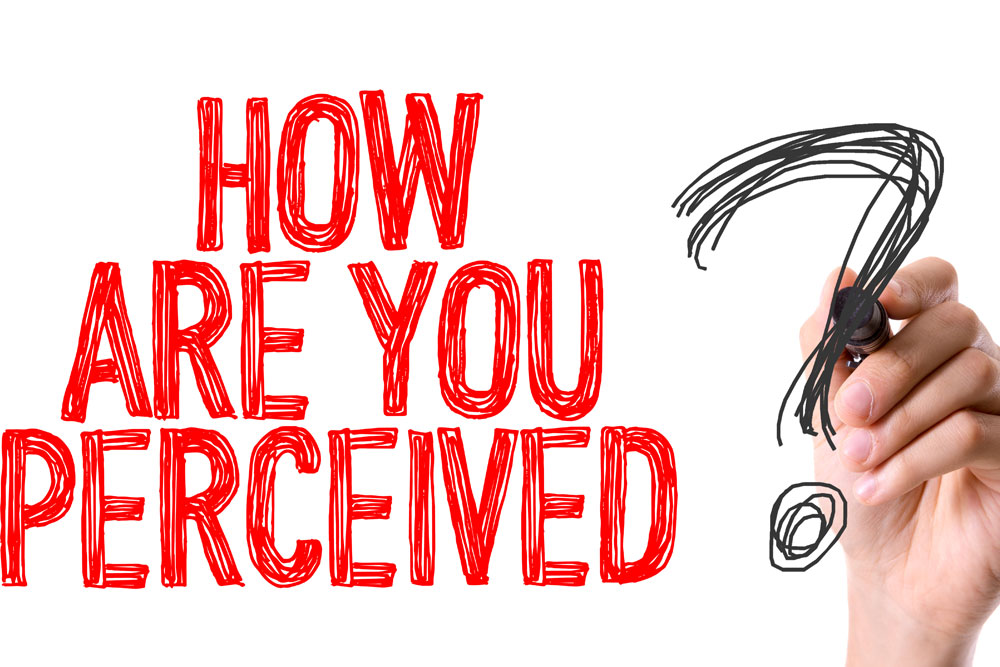 “Life is 10 percent what happens to you and 90 percent how you respond to it.” ~Lou Holtz

Lily, who worked in an architecture firm, felt her career was stagnating. She’d believed she was a rising star, landing promotion after promotion, until—WHAM!—she crashed into a brick wall. Even though others continued advancing in their careers, she couldn’t seem to rise above the level she was at.

What happened? she wondered.

When I met with Lily to discuss why her career has been stalling, one thing became clear:
She failed to work on her PVI—perception, visibility, and influence. These three qualities are absolutely vital to getting ahead.

When you use these three powerful attributes together, they’ll propel you to the next level of success—and then to heights you may not have thought possible. The three steps of the PVI model build upon one another, so you need to implement them in order. Here, we’ll delve into step one: honing in on the art of influencing perception at work.

Step 1: Guide how others perceive you at work.

By controlling your own actions, you can shape how others perceive you. The first step is becoming aware of your actions, so you can understand whether they are giving others positive or negative perceptions of you. Your behaviors probably hold a mixture of both positive and negative connotations. Pinpoint the negative perceptions so you can zero in on how to change them, which will help you to build a positive perception of yourself among coworkers, subordinates, leaders, and other stakeholders.

You can accomplish this goal by observing—and then modeling—the behaviors exhibited by the most successful people in your organization. Consider points like these:

Ask yourself how closely your behavior models their own, especially regarding the key traits you want people to associate with you. Work to emulate them in the ways you want to grow, and you’ll be on your way to joining their ranks.

Get feedback on your own behaviors.

Despite your best efforts, you probably can’t fully understand how others view you on your own. To learn how others perceive you, ask for feedback from your boss, peers, and direct reports. That’s the best way to get really clear on the behaviors that might be hindering your progress. If you give a training, for instance, ask how you did. That way, you can continuously work to improve by modeling the behaviors you want others to associate you with. If you’ve gotten a bad reputation for anything you weren’t aware of, you can start changing it immediately!

Likewise, listen to positive feedback about your strengths, so you’ll know which ones to play up and enhance. You might even learn about strengths you didn’t realize you had.

Once you know what your strengths are, you can enhance them further and—just as importantly—make them known. That’s how to make the impression you want to create.

Lily began to realize the extent of her leadership skills after asking for feedback. She realized she had all the raw material to become a high-level leader. For instance, one of her coworkers mentioned how good at sparking discussion she was. At meetings, she didn’t talk the most, but she’d ask pointed questions that would guide the conversation in a productive direction. As a result, their brainstorming sessions led to truly innovative ideas—results they never would have gotten if not for her. The coworker seemed surprised that Lily hadn’t realized what an asset she was in meetings. That was information that Lily could leverage when discussing her progress with her boss, and when meeting with a cross-functional team on a higher-profile project she hoped to take on.

Once you work to create a perception of yourself that highlights the main qualities you want people to associate with you, you’ll find more opportunities that take you to where you want to go. Remain conscious of how people perceive you at work as you move forward, because at every level of your career, you’ll need to continue enhancing how others view you. Warren Buffett has said, “It takes 20 years to build a reputation and five minutes to ruin it.” Beware of thoughtless mistakes that can nullify years of effort.

In the second and third parts of this series, we’ll delve into cultivating visibility and influence. Be sure to read them all, so you’ll fully understand how to leverage the PVI model!

Joel is a master of cultivating perception, visibility, and influence. Contact him today for personalized advice on how to leverage the PVI model in your career.