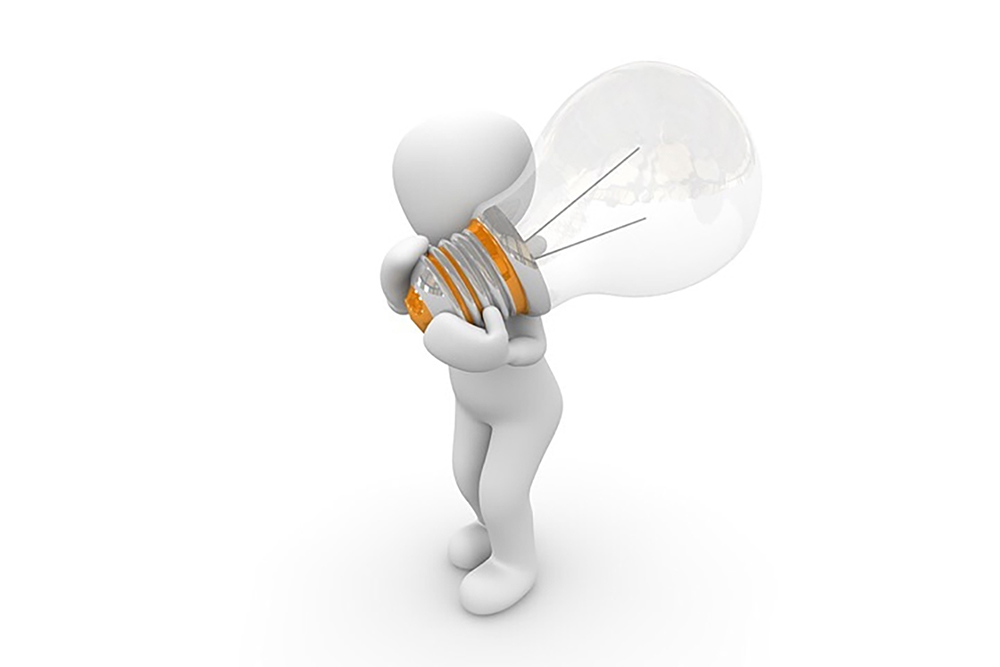 “Creativity is allowing yourself to make mistakes. Art is knowing which ones to keep.”

Deann found herself stuck in a huge rut. As marketing manager for a major Internet company, she had always prided herself on being an “idea person.” Her team was known throughout the company as the place where creativity lived and thrived. Lately, however, she felt as though everything was turning gray. No bright ideas, no exciting new campaigns—Deann knew she had to do something to turn things around. If she was not inspired, how could she inspire her team? And they had a major new campaign to develop in the next month. No creativity = no campaign.

After a few days of wallowing in this unhappy state, Deann decided to conduct her own research project on creativity. She found an astounding number of resources and within a day or two she had come up with her own strategy for reactivating her creative thinking skills. Here’s her four-step action plan:

Creative thinking will be one of the most vital skills of the future workplace, helping guide organizations through the technological transitions to come. Put on your creative thinking cap now to get ahead of the curve!

Step 1: Acknowledge that you are creative.

This one may be the most difficult. Some people actually believe that either you are born creative, or you’re not. And there’s nothing you can do about it either way. Rather than getting stuck in the argument, Deann chose to make a list of situations in the past where her creativity had been running on high. Successful ad campaigns, new product launches, social media successes—by the time she finished her list, it was obvious to Deann that she had creativity to spare. It had just gone dormant somehow. Time to wake it up!

Step 2: Let your inner child come out to play.

Children have no inhibitions about exercising their creativity. They will make mud pies, color outside the lines, draw pictures of unicorns—perfect demonstrations of creativity in action. But somewhere along the line, we grow up. We lose the sense of wonder, we become afraid to show off what we’ve got. Or as one teacher put it, “We start school as a question mark but we graduate as a period.” For the next two weekends, Deann did nothing but play. She went to kids’ movies. She took her nephews to the zoo. She bought a set of adult coloring books and paints and almost got lost in a world of color. Now she was ready for

As Deann considered her upcoming campaign challenge, she decided to throw out all the existing ideas, many of which were just reruns of past campaigns. Instead, she put together a list of what-ifs to create some new perspectives:

The ideas began to explode in her head like popcorn. Deann was making notes so fast she could barely get one written before another one popped into her head. It was definitely time for

It’s been said that we teach best what we most need to learn (Richard Bach). Deann knew that the best way to keep the creativity flowing and growing was to get her team together and share with them what she had learned. She decided on a half-day mini-retreat, off site, where everyone could be casual and relaxed. You can’t rush creativity. It’s much more effective to simply create an environment that allows it to happen.

She knew that diversity often inspires new thought, while sitting around with the same old team can cause everyone to fall into a group-think rut. So Deann decided to invite some of her colleagues from other departments to join the retreat. She wanted her team to be confronted with new ways of seeing things.

The results were rewarding. Not only did the entire team unleash a new level of creativity, word of Deann’s changing perspective began to spread around the company before the new campaign was ready for prime time. This created a high level of excitement and anticipation, and when the new campaign was launched, it was immediately labeled “the best one yet.” Now whenever she begins to feel stuck, Deann just takes her team back to her four-step plan for a refresher.

If you’re feeling stuck and under pressure to perform, e-mail Joel for some new ideas. You are more creative than you think. Apply these tips above and your creative skills will develop and grow.