5 Tips for Promoting From Within 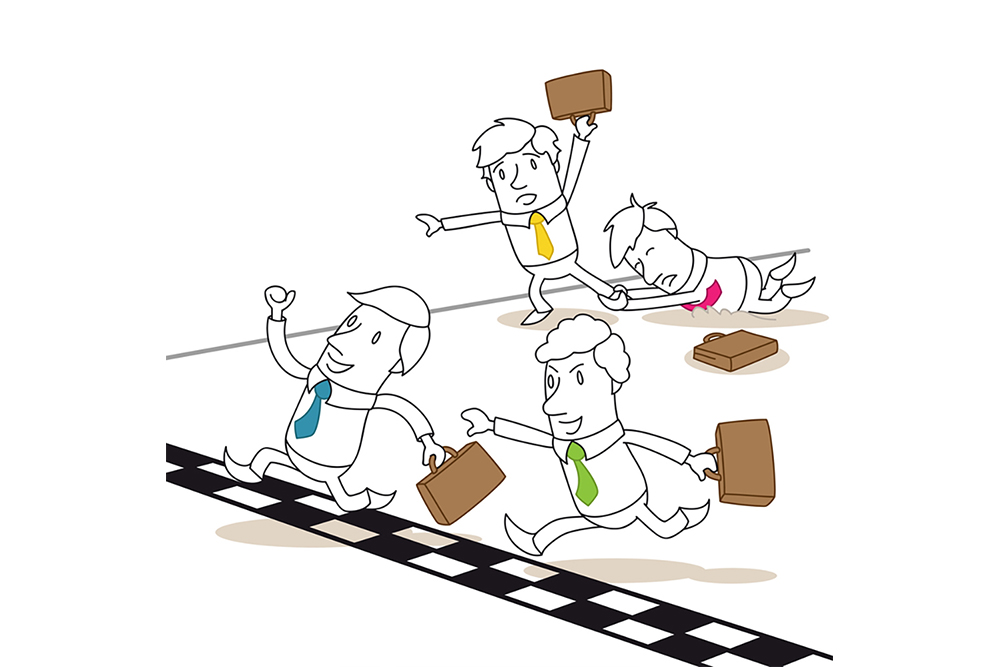 “Yesterday I was a dog. Today I’m a dog. Tomorrow I’ll probably still be a dog. Sigh. . . There’s so little hope for advancement.”

Jeremy had a major wake-up call while reviewing his company’s quarterly financials. It seems that his recruiting costs have skyrocketed this year. The company has never had a solid succession plan in place and Jeremy knew he and his senior managers tended to grab the phone and call a recruiting agency every time there was a vacancy. In addition to the bottom line impact, Jeremy had noticed deteriorating morale and productivity among his existing staff as well. He decided it was time to develop a different strategy.

Jeremy began to research best practices used by other companies. Details from a recent study published in the Wall Street Journal provided some startling statistics. Matthew Bidwell, an assistant professor at the University of Pennsylvania’s Wharton School, found that external hires get paid 18% to 20% more than existing employees for doing the same job. However, external hires score worse on performance reviews during their first two years of employment. In addition, they are 61% more likely to get laid off or fired and 21% more likely to leave the company voluntarily.

When he realized what it’s costing the company not to promote from within, Jeremy brainstormed some ideas with his business coach. Then he called a meeting with his direct reports and together they came up with five action steps for a new promotion policy.

Jeremy and his staff conducted a company-wide evaluation designed to show their personnel needs for the next 24 months. They considered possible growth and expansion of the company’s operations as well as existing positions where changes might be needed. With no succession plan in place, they realized that the company was putting itself at substantial risk.

When managers at all levels are programmed to be on the lookout for employees who offer exceptional promise, promoting from within can be seamless and virtually cost-free. Once they had discussed future open positions, the group went through their entire employee talent pool to identify people with potential to move up. They decided that in the future career paths should be discussed with employees even as early as during the hiring process. This would create a systematic path for promotion, alert management to look for promotable employees, and minimize the potential for misplaced jealousy and competition among existing staff.

Managers met with employees who were in line for promotions to discuss possibilities. They worked one-on-one with each candidate so that people had the opportunity to give their input regarding increased time commitment that would be required, new responsibilities, and their overall career goals. Employees participated with management in expressing their skill development needs and designing their own cross-training programs. Training and mentoring programs assured existing employees that they were taking positive steps to secure their own futures. Since existing employees already understand company policies and operations, promoting from within represents a substantial cost savings when compared with the learning curve required to bring an outside hire up to speed.

Jeremy felt it was important that the whole policy be transparent from start to finish. When someone is promoted from within the ranks, it provides substantial motivation and inspiration to others as employees see that they will be rewarded for dedication and hard work. Rather than just talk about the policy informally, Jeremy and his managers formalized it in writing as part of the new-hire package used by HR. The policy was announced and discussed at an all-hands meeting and later incorporated into the employee handbook.

One year later Jeremy was pleased with his results. Intangibles such as employee morale and productivity had improved, and tangible cost savings were having a positive impact on his bottom line. Most of all, he felt that the increased loyalty of all his employees had created a win-win situation for all concerned.

If you don’t have a formal policy for promoting from within, or if the one you have needs a makeover, contact Joel today to discuss possibilities.